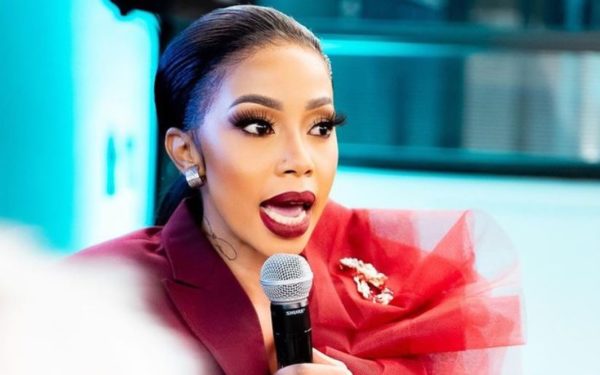 Kelly Khumalo speaks about her late ex-lover, Senzo Meyiwa in the first episode of the long-awaited third season of her reality show Life With Kelly Khumalo.

The singer trends whenever the late Bafana Bafana player surfaces on social media, but recently she got dragged after saying that he got famous due to their relationship.

In the first episode, Kelly said Senzo’s family never loved him but his money.

“That family did not love Senzo. He was a cash cow,” she said.

She also spoke about the misconceptions people have about her.

“A lot of people think they know me. Some from what has been said, others what they have seen. But I am still a girl with a dream. A girl who followed her heart, sometimes, a little too much. A crazy dream that became a reality, is the same power that got me where I am today. It’s been one hell of a ride. Today I’m in a good place but good places have their darkness too,” she says.

The platinum-singing artist desires to have Senzo father their daughter, as she rated him an amazing father.

“I do have moments when I say Senzo I mean, really, she needs you. I have experienced Senzo as a father, what an amazing dad,” she says.