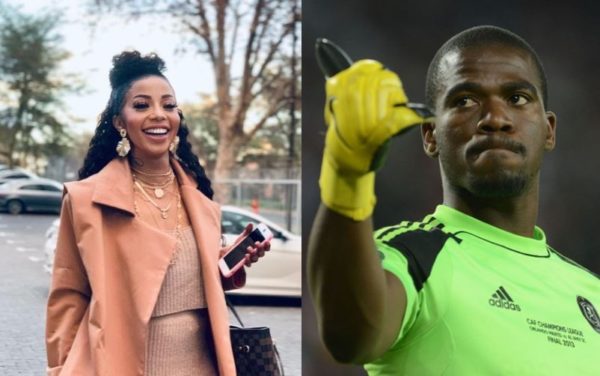 Kelly Khumalo claims her brand influenced Senzo Meyiwa’s popularity in South Africa as nobody knew him till they started dating.

The singer finally spoke about the murder of her late lover who was gunned to death in her mother’s house on the 26th of October, 2014.

Since the passing of the Bafana Bafana goalkeeper, the singer has been cyberbullied and accused of allegedly killing the father of her child.

Addressing the issue, the Empini hitmaker said she has nothing to gain from his death as her brand was established and successful before meeting him.

Kelly Khumalo really said this yall, i have no words 💀 pic.twitter.com/7E4iOlHVsL