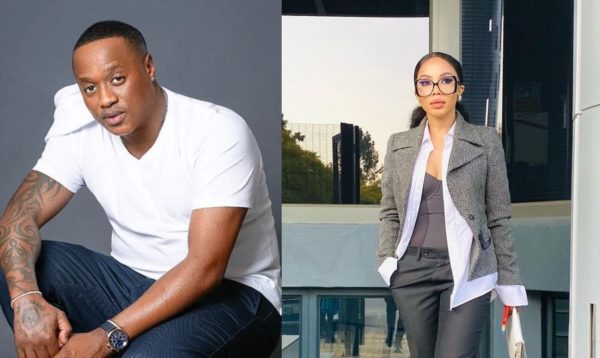 On Monday, a video clip of the singer talking about how Senzo became famous through their relationship went viral.

The video got Kelly in trouble as people claimed she deserves to be canceled for her claims which were labeled false.

Twitter users further said some of the negatives Jub said about Kelly are true; he said the singer uses charm.

“Something really off about Kelly Khumalo, Jub Jub really tried to warn us and was canceled for it. The way she speaks of Senzo Meyiwa, the father of his kid who died in her arms, so cold mean and petty.. She must be investigated for her murder involvement!” a tweep wrote.

Why does Kelly Khumalo talking like a witch , is like she is those villains in movies 🥺🥺 Jub Jub was right about Kelly khumalo 😭😭 https://t.co/XoMRHJ8EWD

The bleaching products done bleached her brains because first of oil, she was never a brand, she was a girl who dated jub jub before he killed those kids… she thinks too highly of herself and she needs to come down that high horse she on, the fuck… https://t.co/Oq0hGfPBnF pic.twitter.com/xU8A1T70y9

Nobody knew who Kelly Khumalo was until Jub Jub was arrested and all the Boyfriend’s Sagas “TOXIC” pic.twitter.com/5KzYbTUKUI

Kelly Khumalo is just pure evil, her evilness manifests though her face, body, tone,hair, make up and everything in her is so dark,and Jub jub was right. 🤮🤮🤮