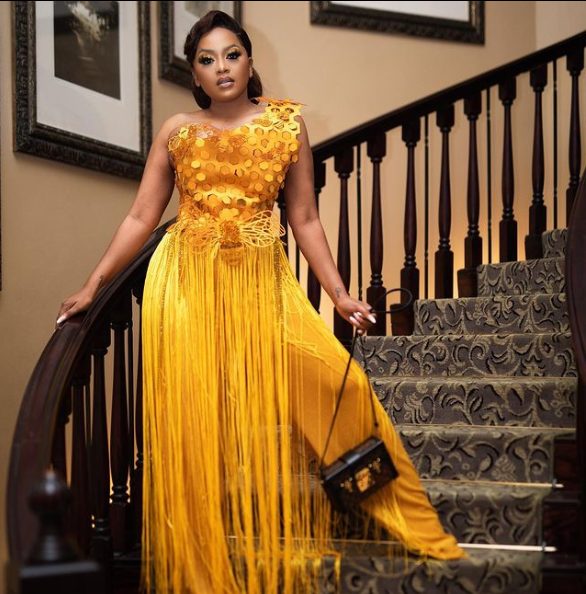 Lerato Kganyago is not taking it easy with Musa Khawula as she keeps hitting back at him.

The star has responded to allegations by Musa that her “criminal boyfriend” has been sending him death threats, adding that she sent her brother to threaten him in 2013.

It all started when Musa referred to her as “Bonang lite” while giving commentary on her Durban July dress at the weekend.

Well, now Lerato is denying the allegations telling him she will not stop rattling him because she wants to see him behind bars.

The media personality also alleged that Musa caused her to lose her baby in 2013.

“Since you know longer answering your phone am only giving you 12 hours to make a decision on what we spoke about, it’s either you stop what you are doing or you will tweet in heaven, it’s a promise,” the alleged message sent to Musa read.

It still isn’t clear if Musa was referring to Lerato’s husband Thami Ndlala as the “criminal boyfriend,” however, the businesswoman took to Twitter to reply to the entertainment commentator, claiming he’s “making all this up.

“So you sitting there really making all this up because you KNOW the heat from the police is on YOU? Pending cases got you worked up NOW! I’ve rattled you, and won’t STOP! You going to JAIL! You made my life HELL in 2013. You pushed a narrative about me many years ago! NOT TODAY!”

Responding to a tweep who warned her that should anything happen to the blogger, she and her husband will become suspects, Lerato said: “You going to believe a druggie and a PIG like him? Tell him what he has done to me over the years. Bloody fool made me lose my child. I am NOT DONE!”

Start talking about the fact that you are a convicted felony, you still continue to have warrant of arrests? I TOLD YOU the pain that you and your celeb friend caused me you WILL pay for it! The people you trying to please here won’t save you. @MusaKhawula pic.twitter.com/bkz494bB35